"Boryspil" international airport is the largest and most powerful in Ukraine. It provides about 65% of air passenger traffic of Ukraine and annually serves more than 8 million passengers. The air terminal complex of the airport consists of three terminals.

The main airport of the country is a huge highly complex organism, the functioning of which cannot be imagined without modern information technologies. To ensure stable operation of business processes, the safety of passengers and coordination of partners there are dozens of information systems. FIDS system displays the schedule of flights. AVIAVOX system performes automatic sound alerts. BHS is in charge of baggage handling. Check-in is performed by DCS, and RACES registers the passage of the aviation security system. Most of these solutions use Oracle database management system.

But the "heart" of each of the airport is the AODB technological processes control system. In Boryspil it is the system, developed by their own programmers, which has been recognized and recommended by IATA for implementation in other airports.

A real challenge for Boryspil AODB was load during the EURO 2012. During 15 years of AODB database operation the scaling stock of computing and storage resources was completely exhausted. It also lacked a mechanism to automatically switch the active database to the backup AODB Oracle server, which threatened to stop the key business processes in case of failures.

Airport's achievements in recent years in stable growth of passenger traffic and information infrastructure operating experience during peak loads have prompted the company to return to the issue of major aircraft systems modernization - AODB.

Aiport IT specialists developed a new technical design and decided to implement in the 2015-2016 the project of consolidation of Oracle databases server resources based on a single, unified architecture, as AODB and also other major aircraft systems.

As the result of the auction "IT-Integrator" company, Oracle Gold Partner, was involved in the project. Consolidation of AODB databases was proposed to build on new dedicated servers in the existing airport infrastructure data centers and also to realize the migration on a failover system on the basis of Oracle Database 12c.

Two identical sets of equipment are located in two airport datacenters in the B and D terminals. Each complex data center includes:

As data protection technology it was decided to use Oracle Data Guard, which supports the backup of database, which is a physical copy of the master database and is located on the backup server in a remote data center. In case of failure of the master database automatic switching to backup with the help of Oracle Data Guard Fast Start Failover is performed. As for the operating environment of the complex it was proposed to use a certified industrial system Oracle Enterprise Linux.

One of the primary objectives of the project was the maximum reduction in total cost of complex ownership. This problem was solved on all levels of architecture – from hardware to application and infrastructure software.

Within the project the series of tests were conducted, demonstrated a significant increase in the overall performance of the updated complex (average growth of 7.7 times). These indicators were achieved due to the successful optimization of the program code AODB Oracle Database 12c.

In case of further growth of resource requirements for business processes, the airport can use the vertical scaling of Cisco UCS B260/B460 servers or to increase the degree of consolidation of databases through the use of Oracle Database 12c container virtualization options. 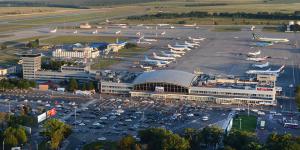 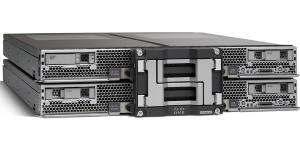 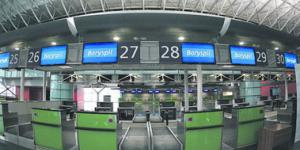 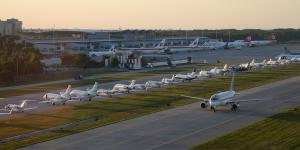