Scientific and Production Association “AVIA”, Ltd. was founded in 1998 and specializes in the development and distribution of Mi-8 MTV, Mi -171, Mi -172 helicopters and their modifications training complexes.

The combination of modern technology, planning and competent support helped to create a unique complex not only by the standards of Ukraine, but also all over the world. As a result, the resource base of  Scientific and Production Association “AVIA” was supplemented by a subject of a full cycle training for young pilots and periodic training (refresher course) for pilots and flight engineers.

“IT-Integrator“ took part in a large-scale innovative project for the national defense complex. The company acted as a contractor for the creation of a unique virtual center for the training of helicopter pilots, launched by the Scientific and Production Association “AVIA”, in February this year. "IT Integrator" accompanied the technical equipment of the complex. Its core was a simulator-helicopter, for the control of which it was necessary to organize a dispatching room for the instructor.

According to project, the dispatch center was equipped with six monitors, which, in conjunction with the pre-installed software, form a video wall. This center should solve the problem of modeling extreme situations during flights, for example: engine failure, mechanical damage or risky weather conditions. To organize the work of the simulator it was suggested to use high-performance PCs of Ukrainian manufacture PrimePC (Pro series). Graphic stations based on the Pro series are developed for industrial use and are distinguished by their scalability, performance and high fault tolerance.

Due to the training center, pilots can be as close as possible to the real environment to study all aspects of flight. Center is intended for the pilots and crews of helicopters Mi-8 MTV, Mi-17v5, Mi-171, Mi-24.

The specialists of "IT-Integrator" within the framework of the project were engaged in the installation of active and passive network equipment, the creation of training classes equipped with graphic stations, the supply of uninterruptible power supply systems and visualization. During project implementation,, special attention was paid to the compatibility of individual systems among themselves, security, fault tolerance and uninterrupted operation of the equipment. 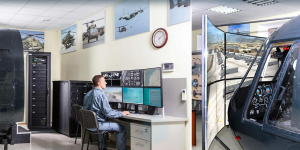 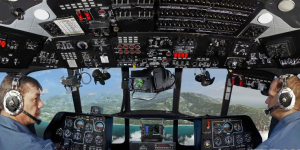 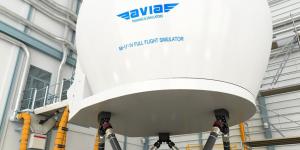